WeScuba only dives the best destinations! 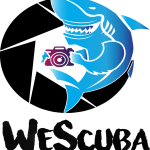 At WeScuba we only dive the best diving destinations in South Africa and Mozambique. We have something here for any type of diver. Whether you are a scuba junkie trying to get your fix, an underwater photographer looking for that perfect shot or just looking to explore. Included with each destination you will find details on the diving, marine life and other interesting information.

Check out our Destinations

Home to the Southern-Most Coral Reefs in the World.

One of the Best Shark Diving Sites in the World and awesome Reef Diving.

More about Ponta do Ouro

One of the Best Diving Destinations to find Manta Rays and Whale Sharks.

What can be seen at The Aliwal Shoal?

There is a lot on offer when diving Aliwal Shoal – Sharks, Wrecks and Reef.

Aliwal Shoal is famous for its sharks. The Ragged-tooth Sharks (Raggies) are usually seen all over the reef in the winter months (April to November). Interestingly, since about 2016 we have seen the Raggies all year round. Tiger Sharks prefer the warmer water and are usually seen in the summer months (November to March), but we do see them occasionally in the cooler months. Resident Whitetip Reef Sharks, Bull Sharks, Scalloped Hammerheads, Blacktips, Guitar Sharks and other sharks are often spotted on the reef.

The Aliwal Shoal, a large rocky reef, is situated in a Marine Protected Area (MPA) which ensures the marine life really flourishes. The main reef is about 3 kilometres long and 800 metres at its widest, there are many diving sites on the reef and surrounding reefs. The Aliwal Shoal is known for its big stuff; Sharks, Whales, Dolphins, Turtles, Eels and Rays. But there is still plenty of small stuff; Frog Fish, Paper Fish, Pipe Fish, Shrimps, Pineapple Fish and Nudibranchs, to name but a few. This makes The Aliwal Shoal one of the best destinations for any underwater photographer, whether you are a novice or professional, using a macro or wide angle lens.

Who can dive The Aliwal Shoal?

The Aliwal Shoal is suitable for all divers. Depths vary from 5 metres to over 30 meters. Making it suitable for open water and advanced divers. Dives are usually between 50 to 60 minutes.

What Boats are used at The Aliwal Shoal?

The boats used are the 8 meter rubber ducks (zodiacs/RIBS). At high tide the boats are launched out of the river, no pushing involved. Unfortunately, at low tide the river is too low to launch the boats. So, a beach push in is necessary, some pushing may be needed.

Where is The Aliwal Shoal?

The Aliwal Shoal is in the South African province of KwaZulu-Natal. It is accessible from a small town called Umkomaas. In Umkomaas there are some shops, restaurants and bars. In the neighbouring town, Scottburgh, there are a few more shops, restaurant and bars as well as a mall. And a popular beach. There is a new Craft Brewery that has opened that is definitely worth a visit. Umkomaas is also less than an hour away from Durban, South Africa’s third biggest city. And an hour away from King Shaka International Airport. The warm subtropical climate makes this an ideal holiday destination for any time of the year.

How is the accommodation at Aliwal Shoal?

The Ultimate Packages For Aliwal Shoal

All our packages include: Diving, Accomodation, Transfers and a Guide.
Scuba South Africa
Scuba Aliwal Shoal

What can be seen at Protea Banks?

Protea Banks is all about the sharks. The style of diving done at Protea Banks is what we call mid-water blue drift diving. It is deep diving, reaching depths of up to 30 to 35 meters. You do not spend too much time on the bottom (or on the reef), maybe about 5 to 10 minutes. After that you will slowly start a gentle ascent looking for the sharks in the mid water. Dives are usually between 50 to 60 minutes. Protea Bank’s claim to fame is their schooling Scalloped Hammerhead Sharks. Schools of over a hundred and into the thousands are often spotted at Protea Banks. Other sharks seen include Tiger Sharks, Bull Sharks, Ragged-tooth Sharks (Raggies), Giant Sand Sharks and Blacktips.

Protea Banks also offers Baited Shark Diving. There is a bait stem that is filled with fish and put into the water to attract the sharks into one area, and that is where we dive. It is a shallow dive, between 8 and 10 meters, and the dives are about 60 minutes long. Tiger Sharks, Bull Sharks and the Greater Hammerhead Shark can be seen on the Baited Shark Dive, but anything can happen.

Who can dive Protea Banks?

The dive sites at Protea Banks are often deeper than 30 meters and there are strong currents. This makes Protea Banks more of a challenging destination and is recommended for advanced and experienced divers.

What Boats are used at Protea Banks?

The boats used are the 8 meter rubber ducks (zodiacs/RIBS). The launch is at a registered launch site straight off the beach, no lagoon or river to launch out of. They do have tractors to launch the boats, so not too much pushing.

Where is Protea Banks?

Protea Banks is in the South African province of KwaZulu-Natal. It is accessible from a small town called Shelly Beach. There are plenty of vibey restaurants and bars. The beaches are tranquil and there is an estuary, tidal pools and lagoons. There are plenty of shops and a mall.

How is the accommodation at Protea Banks?

The Ultimate Package for Protea Banks

All our packages include: Diving, Accommodation, Transfers and a Guide.
Scuba South Africa

What can be seen at Sodwana Bay?

Sodwana Bay is part of the isiMangaliso Wetland Park (South Africa’s first World Heritage Site and a Marine Protected Area.) This ensures an abundance of marine life. Its reef system is over 50km long; this provides a spectacular habitat for a wide diversity of resident and migratory species. Over 1200 species of fish will keep any underwater photographer busy for hours. Sodwana Bay is the ultimate location for macro photography as the warm Indian Ocean is home to many marine critters.

Who can dive Sodwana Bay?

With the great variety of dive sites at Sodwana Bay with depths from 10 meters to over 30 meters, this makes Sodwana Bay the perfect spot for all divers.

What Boats are used at Sodwana Bay?

Where is Sodwana Bay?

Sodwana Bay is a small popular diving town in KwaZulu-Natal, South Africa. There are not many shops but there are a few restaurants and bars that get quite vibey with all the visiting divers. Sodwana Bay is rustic and is located inside Zulu Land. Sodwana Bay is inside the iSimangaliso Park, there are many other activities like turtle tours, game reserves with safari drives, sundowners at Lake Sibaya with a great sunset. Its feels like you really are in Africa. Its beautiful beach and dunes make for an idyllic getaway. Located inside the iSimangaliso Wetland Park, the marine life and wildlife are protected, giving you an all-round natural experience.

How is the accommodation at Sodwana Bay?

The Ultimate Packages For Sodwana Bay

All our packages include: Diving, Accommodation, Transfers and a Guide.
Scuba South Africa
Scuba Sodwana Bay

What can be seen at Ponta do Ouro?

Arguably some of the best shark diving in the world is done at a site called The Pinnacles at Ponta do Ouro. The style of diving is what we call mid-water blue drift diving. It is deep diving, reaching depths of up to 30 to 35 meters. You do not spend too much time on the bottom (or on the reef), maybe about 5 to 10 minutes. After that you will slowly start a gentle ascent looking for the sharks in the mid water. Dives are usually between 50 to 60 minutes. Often five or six species of sharks are seen on a single dive. Some of the common sharks at The Pinnacles are Tiger Sharks, Bull Sharks, Scalloped Hammerhead Sharks, Silvertip Sharks, Grey Reef Sharks, Blacktip Sharks, Spinner Sharks, and Leopard Sharks. And a whole lot more can be seen.

But Shark Diving at The Pinnacles is not all that Ponta do Ouro has to offer. There are also many other great reefs and dives accessible from Ponta do Ouro. The shore at Ponta do Ouro is filled with patch reefs. These reefs vary from depths of 12 meters up to 40 meters. The reefs are great for schooling fish and coral fish. Some of the reefs have great coral. Big stuff and little stuff can be found on the reefs. One of the more popular reefs is called Doodles. You can dive Doodles repeatedly and see something new every dive. Many species of Rays are seen, sometimes Dolphins will swim by, the reef is littered with Nudibranchs, and there is always a lively Potato Bass who loves to have his photo taken.

Who can dive Ponta do Ouro?

At the over thirty (and counting) reefs found at Ponta do Ouro, the depths vary from 12 meters to 40 meters. Making Ponta do Ouro suitable for all divers from open water to advanced and beyond. The Pinnacles, reaching depths of 30 meters and more, is for advanced and experienced divers.

What Boats are used at Ponta do Ouro?

Where is Ponta do Ouro?

Ponta do Ouro is a vibey tourist town, found only 130km (just over one hour) from Maputo, the biggest city and capital of Mozambique. It is also just 15km from the South African border. There are good restaurants and bars all in walking distance. There are bars on the beach and even a night club that is open on the weekend. You can always find a party or just relax on the long stretch of golden beaches. Other activities include surfing, fishing, wind surfing and quad biking, to name just a few.

How is the accommodation at Ponta do Ouro?

The accommodation at Ponta do Ouro is walking distance to the dive centre. There are two swimming pools, Wi-Fi and a deck with a stunning sea view.

The Ultimate Packages For Ponta do Ouro

All our packages include: Diving, Accommodation, Transfers and a Guide.
Scuba Mozambique
Scuba Ponta do Ouro

What can be seen at Tofo Beach?

If you are looking for Manta Rays and Whale Sharks, then Tofo Beach is the place to go. Tofo Beach offers some great reefs that are filled with corals, coral fish, schooling fish and game fish. The reefs vary in depths of between 5 meters and over 30 meters. Between dives the skippers take you on a mini ocean safari looking for Whale Sharks. If they find the Whale Sharks, you can snorkel with them.

Who can dive Tofo Beach?

Tofo Beach is suitable for open waters and advanced divers.

What Boats are used at Tofo Beach?

Where is Tofo Beach?

Tofo Beach is an island style town deep into Mozambique with a great night life. There are live bands and always a party somewhere. Tofo Beach is 20km from Inhambane where there is an airport.

How is the accommodation at Tofo Beach?

The Ultimate Package For Tofo Beach

All our packages include: Diving, Accommodation, Transfers and a Guide.
Scuba Mozambique